Barbie Almalbis shares her challenging but colorful adult life on new album, Scenes From Inside 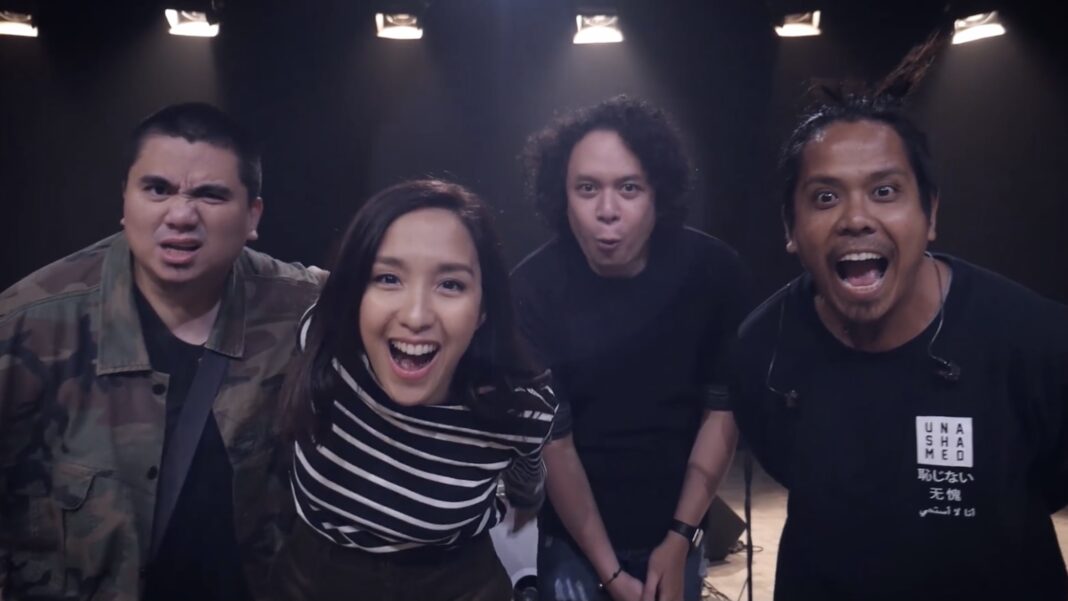 Barbie Almalbis shares her challenging but colorful adult life on new album, Scenes From Inside

Acclaimed Filipino artist Barbie Almalbis celebrates her 25th year in the music business with the release of her fourth studio album, Scenes From Inside—out now on all digital music platforms via 12 Stone Records and distributed by Sony Music Philippines.
Derived from her experiences as a musician, a mom, a friend, a wife, and a pet lover during the time of quarantine, the 9-track concept album marks a new chapter in Almalbis’ challenging but colorful adult life.
According to the award-winning multi-instrumentalist and singer-songwriter, the process of making an album can be tedious at times, but for Scenes From Inside, Almalbis was given a chance to record the album at a more relaxed pace, in her most convenient time. “I’m kind of used to recording at home and working virtually with producers, engineers, and my band, just sending files to each other back and forth,” the Dahilan singer admits. “I’m grateful for all the new tools that we have now. It has made collaboration and communication much more doable.”
Flickering through recent memories with warm, conversational flair, Scenes From Inside gives listeners a reason to keep coming back. Thanks to Almalbis’ introspective and engaging songwriting style and intricate production, the new record’s carefully constructed compositions evoke everything that we love from the ‘90s, from The Sundays to The Cardigans, while inhabiting a more expansive musical canvas to toy around with: jangly indie pop, electronic music, post-rock, alternative pop, Christian music, folk rock, and a whole lot more.
While this is easily her most sonically adventurous record to date yet, Scenes From Inside also takes pride in its arsenal of collaborators, especially on the songwriting department. Her husband, Martin Honasan, co-wrote four songs in the album, including “Silaw,” which was the first song the husband and wife penned together, with Lee Simon Brown helping the duo to finish the material. Almalbis’ “Tita” Alya Honasan also wrote the lyrics for “An Aspin’s Song” as a tribute to her late grand-aunt, Nita Lichauco. Additionally, her friend Michelle Rivera also co-wrote the track “Cover,” which initially appeared on her EP, Tigre.
Other collaborators in the album include the pop-rock sensation’s bandmates, Karel Honasan on bass, Jonard Bolor on drums, and Nikko Rivera on keys. “My bro-in-law, Karel thankfully lives just next door, and we got to arrange and record together throughout this season,” Almalbis says. Renowned sessionist and musician Rommel De La Cruz also played bass on “Iyong-Iyo” and “Comment,” while Michael Alba did drum parts on a new track called “Kumpas.”
To give music fans a taste of what Scenes From Inside sounds like when performed live, Barbie Almalbis will be performing the tracks from the latest album, plus some classic favorites on July 16, 2021, Friday from 7pm onwards. The online launch performance will stream live on Facebook, and will feature Almalbis performing with her bandmates together for the first time in years. “While my band and I truly miss doing gigs outside, we are so grateful to have this online platform where we still get to connect and share music with everyone,” Almalbis explains. “This will be our first time to play together as a complete band in a while, and we are so looking forward to it.”