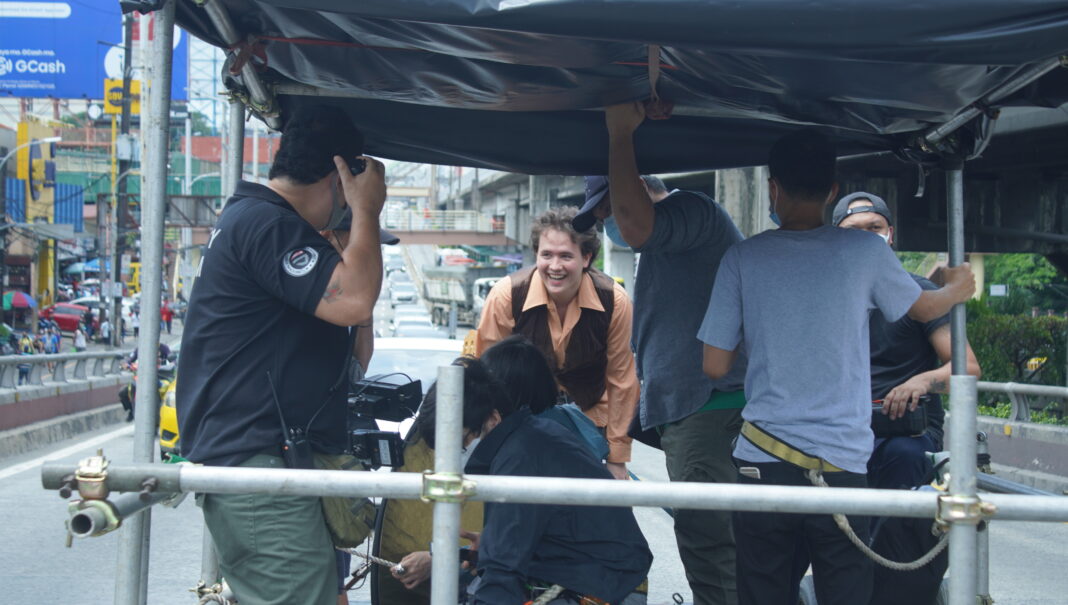 What could have been the view if you took a different route?

One afternoon in July, a pickup truck was seen strutting across the busy stretch of EDSA. Sitting at the back was a young man, strumming a guitar while singing a melody amidst the unruly noise of the urban traffic.

That is how Juan Karlos returns to the OPM scene. His comeback single, Boston, was released last week with a music video that uses a simple yet meaningful treatment to intricately capture its message.

Boston is about a past love–one that is outlined in bittersweet longing and reminiscence. The old memories, as well as the ‘what-could’ve-beens’, were carefully and honestly expressed through a narrative that is carried by Juan Karlos’ unique sound.

Directed by renowned photographer Shaira Luna, the music video used a guerrilla approach to show this faint yet lingering string of emotions. With EDSA as the setting, Juan Karlos plays his guitar and sings to the fragile folk-rock melody of his new masterpiece while on a moving yet unsteady journey to an undefined destination.

Juan Karlos wholeheartedly sings every word of the song, only to be drowned by the overlapping noise of the metro. This is the reality told through this piece of music–the futile pouring of one’s heart to somebody who can no longer hear a single word that is uttered.

The rocky highway, the rapidly changing scenery, and the trail of endless vehicles paint a familiar picture of moving forward while aimlessly navigating a space that is unpredictable yet repetitive at the same time. This scene perfectly illustrates the story behind the song’s lyrics–that of an uncontrollable situation that led to a choice of letting go of what is now the source of longing.

Boston’s visual narrative is the brainchild of a passionate team headed by Otto Hernandez and Steven Victor, who are both in charge of its Overall Creative Direction.

Juan Karlos is a Filipino band and six-time Platinum awardee signed under MCA Music composed of JK Labajo on vocals and guitar, Jeriko Aguilar on guitar, Louise Bayas on bass, and Gian Hipolito on drums. Formed in 2018, the eponymous band went under several personnel changes and ultimately released their smash hit, “Buwan” in the same year.
Frontman JK Labajo shared that his solo music career is currently inactive. Hailing from Cebu, he first gained recognition as a finalist on The Voice Kids Philippines and went on to pursue a career in music and acting. Following the release of his albums under MCA Music, JK (2015) and JKL (2017), he realized that he has to stop settling and commit to what he really wants: to write, produce, and perform his own songs the way he hears it in his head and heart and be part of a band. Juan Karlos aims to “dream big or go home” and to make a mark in OPM and globally. “I want to be able to make a change, a difference,” he said. I want to show people the importance and beauty of music. I’m in music for the art, to earn in order to fund my daily needs and dreams, and for recognition so I can have reach and to be heard.”