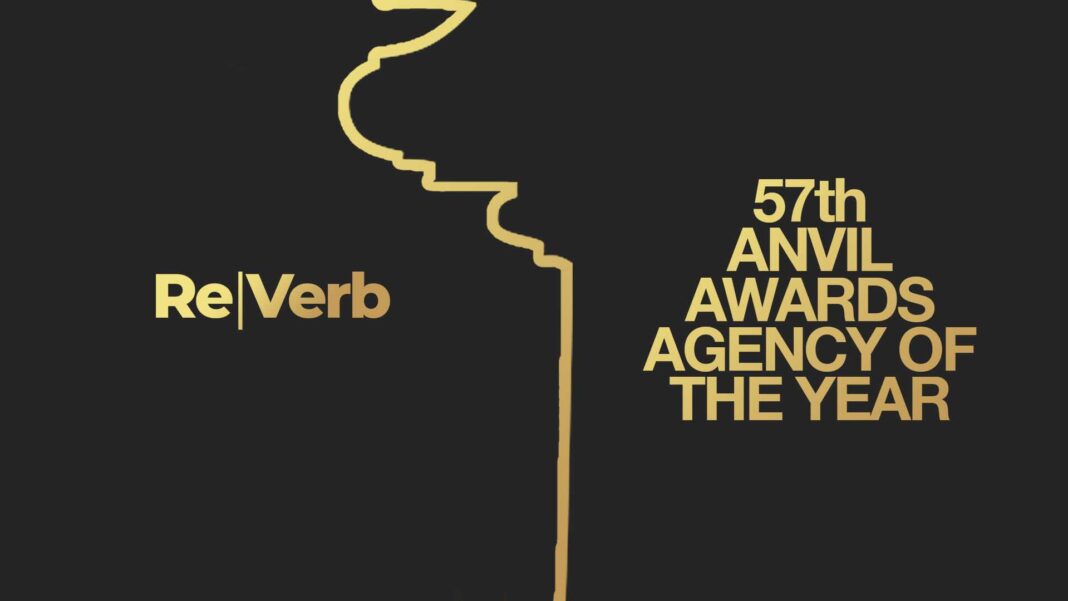 Re|Verb Communications, one of the country’s growing integrated marketing and communication agencies, has won its first-ever Agency of the Year (AOY).

This was disclosed by the Public Relations Society of the Philippines (PRSP) during the 57th Anvil Awards.

Besting other established PR agencies in the Philippines, Re|Verb Communications emerged as the ultimate winner after some of its clients won several awards in the Anvil Awards that saw more than 500 entrants from top corporations and government agencies in the country.

Dubbed as the “Oscars” of the local PR industry, the Anvil Awards is an annual competition that honors exceptional PR programs and tools implemented the previous year.

“We are elated and even surprised that we were declared Agency of the Year as we are up against more experienced agencies. We are truly humbled by this recognition. This award would not have happened without the support and trust of our clients and partners,” Re|Verb Communications Director Fritz Cruz said.

Mr. Cruz added, “Many thanks also to all our employees for their exemplary work ethic in delivering fantastic results for all our project.”

This year’s Anvil Awards received more than 500 entries from various companies and organizations including government agencies. Of this number, less than 100 went home with either gold or silver metals.

The PRSP announced the winners during the Anvil Gabi ng Parangal via an online platform as physical event was deemed impossible due to the ongoing health pandemic.

To know more about the latest news and updates of Re|Verb, please visit http://reverb.ph/ and its Official Facebook page at www.facebook.com/ReVerbBrandCommunication.