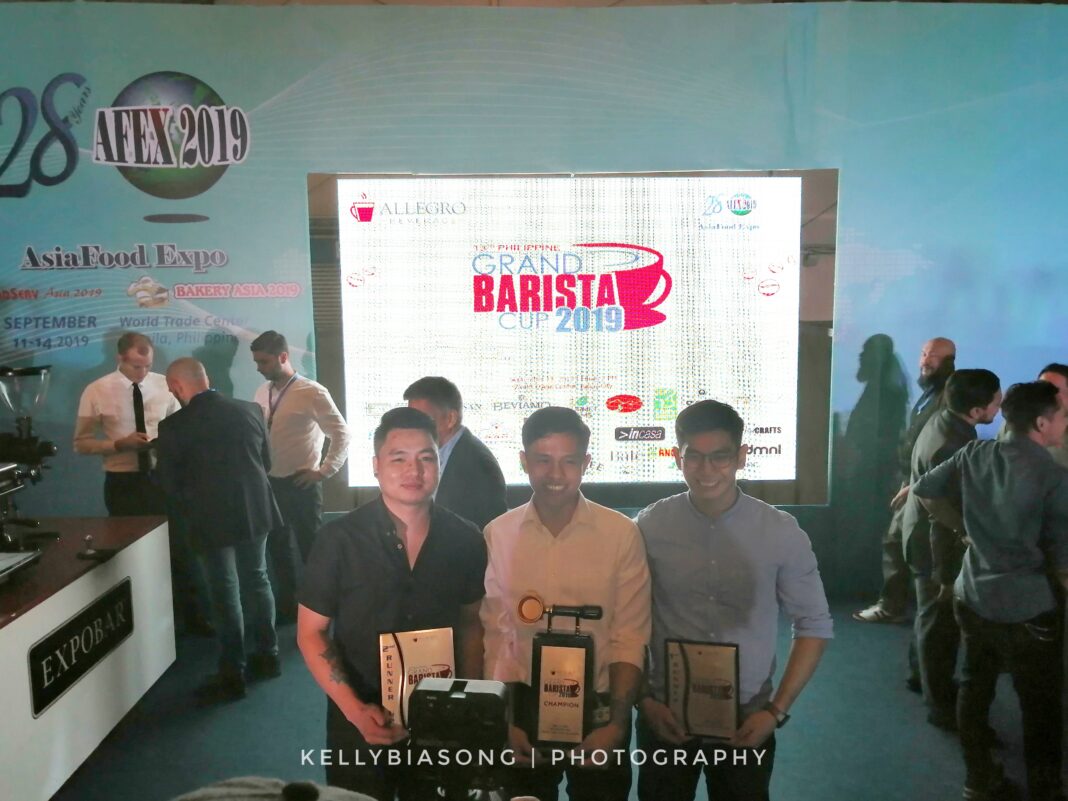 A number of guests who are experts and champions in the coffee industry graced the event. They came all the way from different countries to be our judges for today- Mr. Marco Poidamani, Mr. Fabian Fredriksson, Mr. Tristan Destura and Mr. Fernando Menendez. Local Experts such as Mr. Sherwin Halasan and Mr. Ernie Mesina serves as the Technical Judges.
During the competition proper for the 13th Philippine Grand Barista Cup, each of the 6 finalists will be preparing the following beverages- Espresso, Cappuccino, and their own six beverages.

After the exceptional showcase of skills by the 6 finalists, the judges deliberate to arrive at the following set of winners:
Grand Winner JC Landicho of Magnum Opus
1st Runner up- John Richard Co of Chapter Coffee Roastery and Café
2nd Runner up- Karl Zouriel Lat, an independent competitor from Makati

The country’s most anticipated and longest barista competition by the “most preferred coffee solutions” in the country – Allegro Beverage Corporation ended with the Photo Op of the winners and the judges.

It has been a very successful 13th Philippine Grand Barista Cup!